Sapphire Chandelier is proud to have participated in the first annual Doghouses of Distinction street party and charity auction!

The charity event, hosted by Tandem Interior Design, featured nearly two dozen local designers working like dogs on extravagant, over-the-top, and frankly pawesome designs for doghouses. The designers were free to use any material to construct the houses, and could build them in any shape they wanted.

The finished designs were shown during the “Street of Dreams” event, where visitors and their furry friends visited Tandem to enjoy the exhibition of doghouses, food, drink, and a few lucky dogs walked away with some fur-bulous prizes! The doghouses were then auctioned off with the proceeds going to The Animal Foundation Las Vegas Shelter. The event was a pawsitive success!

As for our greyhound in the race, Station Casinos designed the amazing luxury doghouse we participated in. Our expertise was requested to fabricate the sconce, signage and laser cut wall…all which we were very excited to do and be a part of!

The sconce is a Sputnik-style wall sconce with a painted brass finish. The sign was made of tinted backlit acrylic with painted brass accents and .5watt C7 LED candelabra base lamps were used on the doghouse. To conclude, the wall was done in a custom laser jet cut screen in a patina finish. The doghouse itself was auctioned off at the grand amount of $900. That’s a lot of bones!

It was great to see the Las Vegas design community rally for this great cause.  I’ve not been to an event that so many people wanted to be involved in.

PS: Unfortunately we couldn’t get the dogs to build the houses. They’re only good at roofing.

Lighting for Wellness at Home

The Magic is in the Coordination

Reading up on Resin

Immerse yourself in our world of extraordinary lighting designs and discover unique stories of our projects as they come to life, learn what exceptional workmanship and customer service can attain and more. 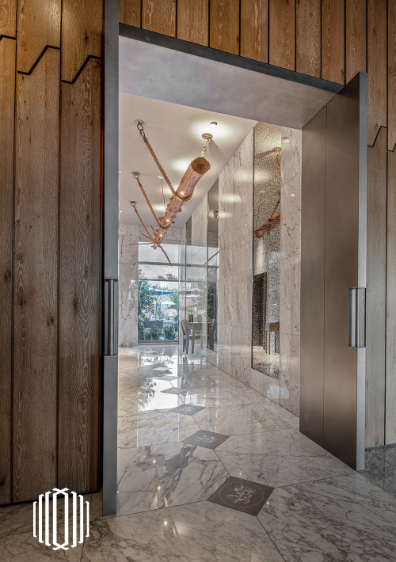 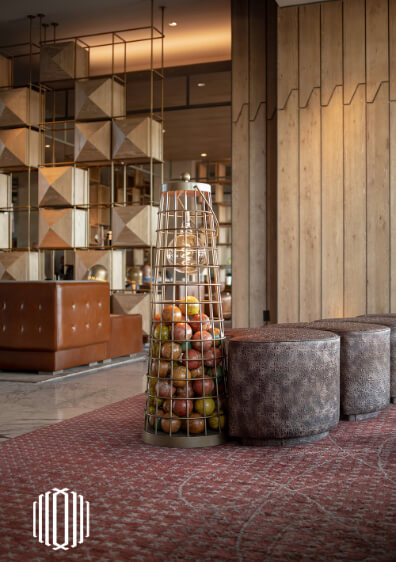